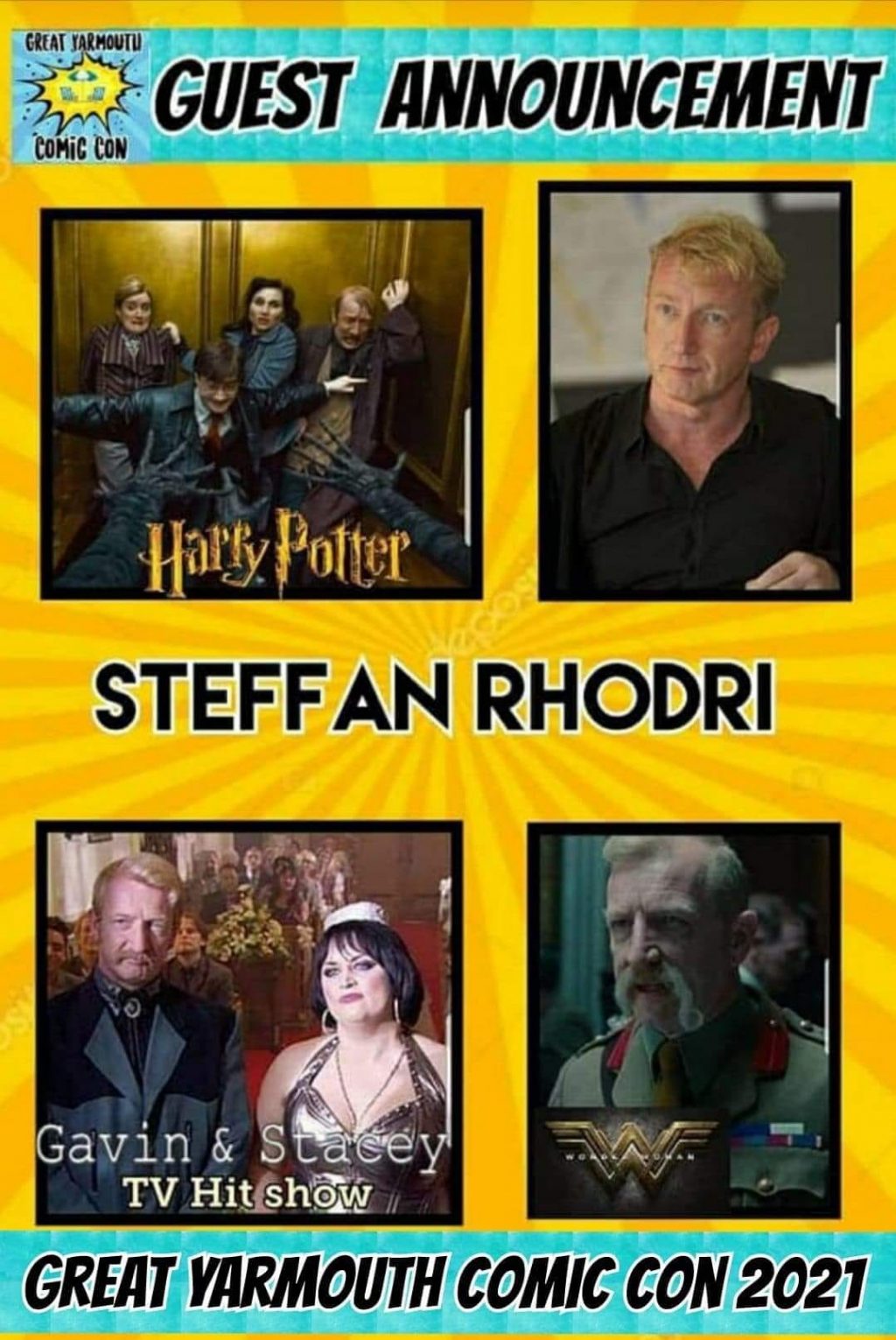 We are so pleased to announce Steffan Rhodri will be attending Great Yarmouth Comic Con 2021.

Steffan is best known for being ‘Dave Coaches’ in Gavin and Stacey, and ‘Reg Cattermole’ in Harry Potter. He recently appeared in the movie Dream Horse.

He has appeared in several other movies, playing ‘Colonel Darnell’ in Wonder Woman and also appearing in Under Milk Wood, Iron Clad and Submarine. His TV roles are numerous, recently appearing in Manhunt, he has also been in A Very English Scandal, Keeping Faith, A Touch of Cloth, Wire in the Blood to name a few.

Steffan is a regular in theatre, starring alongside Orlando Bloom in Killer Joe among many others.

He has also guest-starred in a number of Doctor Who spin-off audio plays produced by Big Finish Productions. These include Dreamtime, The Bone of Contention and as the British Prime Minister in UNIT: The Longest Night and UNIT: The Wasting.

To add to his talents Steffan was also the voice of Drippy in the video game Ni no Kuni: Wrath of the White Witch.

Steffan will be appearing both days at Great Yarmouth Comic Con 2021. Autograph cost will be £15.

You may have missed