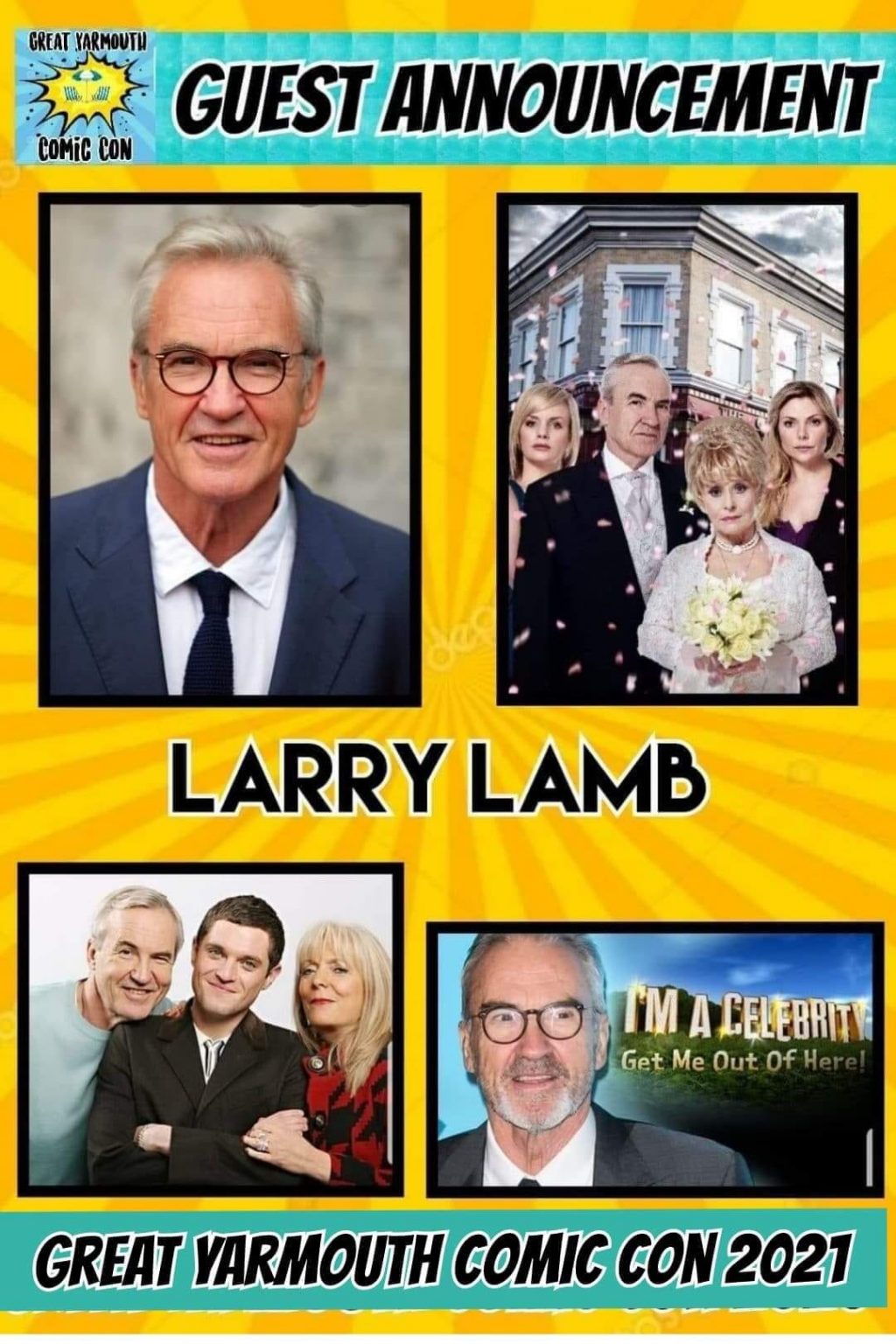 Larry is one of the most respected actors in the UK and will be appearing fresh from his return as Mick Shipman in Gavin and Stacey, this year’s most anticipated Christmas special.

Larry’s numerous TV and film roles have made him a household name. As well as Gavin and Stacey he is well known for playing Archie Mitchell in Eastenders, Ted Case in New Tricks, Brian Reader in The Hatton Garden Job and Derek in the soon to be released feature Brighton. Larry did a spell in the jungle in I’m a Celebrity Get Me Out Of Here! Not so well known is that Larry also appeared in the original Superman movies starring Christopher Reeve.

Larry has also been on our screens with his son, George Lamb, cycling round Britain in “Britain by Bike”.

Larry will be attending all weekend, autograph price will be £25.

You may have missed